Why be Orthoprax? Interview with Shilton Hasechel 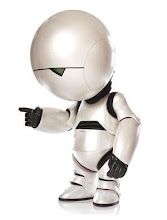 The term Orthoprax describes people who practice Orthodox Judaism without believing in the underlying tenets of the faith (e.g. God, or that the Torah was given to the Jews at Mount Sinai).  For non-Orthodox people, the reasons for remaining Orthodox are usually not self-evident, and when I tell people of how I started blogging/learned the term, the inevitable question is always: Why would someone who does not believe, practice? I'm sure there are as many reasons for why someone would practice without belief as there are individuals who do. But I'm going to pry, anyway ;). I asked Shilton Hasechel, one of the J-blogosphere skeptics whose work inspired me to start writing, if I could interview him on the subject for this blog. He very kindly agreed, and below is the interview.

*Original questions in purple/ follow up in blue.
Posted by C. Laundry at 20:06